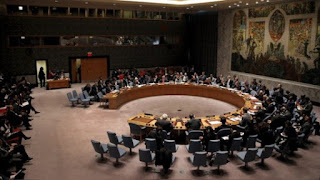 Russian airstrikes in Syria forced “Jabhat al-Nusra” to seek help at the UN, writes Deutsche Wirtschafts Nachrichten with reference to Reuters. The Syrian opposition has asked for a “two to three week-long truce” and as a pre-condition demanded not to attack the terrorist group. The militants asked for this step so they could take a breather and regroup, preventing its complete destruction, says the author of the article.

To promote their interests in Syria, the U.S. and Saudi Arabia have long supported “Jabhat al-Nusra”, writes Deutsche Wirtschafts Nachrichten. They supply the group with arms and money, whilst Western politicians are constantly trying to put the terrorists from this organization in a more favorable light, enrolling them in the ranks of the “moderate Syrian opposition”. And although “Jabhat al-Nusra” officially denied involvement with al-Qaeda, they did so solely in order to participate in the Syrian war, the author notes.

However, Russia’s military operation has inflicted serious damage to the militant group, continues the publication. With the support of the Russian aviation, the Syrian army has cleared more areas. The authorities of Damascus is not going to negotiate with terrorists.

The difficult situation has forced “Jabhat al-Nusra” to change their course: to try to achieve the UN truce. This was reported by Reuters with reference to anonymous sources “close to the negotiations”. The Agency reports that the Syrian opposition had asked for a “two to three week-long truce”, “cessation of the siege, and access to humanitarian assistance”. According to an unnamed source, the initiative is ready to support all parties except the Islamic State. A cessation of attacks on “Jabhat al-Nusra” was put forward as a pre-condition for the ceasefire.

It is clear that this proposal is a trap for Russia, emphasizes DWN. The militants want to regroup and to prevent their complete destruction. But the Russians will not fall for it, because unlike the Western coalition, they fight against the terrorists decisively, says the German journalist.

[O.R: According to the Washington Post, the U.S have also asked the UN to stop Russia from bombing Al-Qaeda in Syria (Nusra). Protecting the alleged perpetrators of 9/11… wow.]

After saying for months that the U.S. is not cooperating with Russia in Syria – beyond basic air safety “deconfliction” measures – a senior military official disclosed Thursday that the Pentagon has asked Russia to avoid areas where U.S. Special Forces troops are located in northern Syria.

The U.S. and Russia are both carrying out airstrikes in Syria – the U.S. since the fall of 2014 as part of a coalition against the Islamic State of Iraq and Syria (ISIS), and the Russians since last September targeting what it calls “terrorist” groups, in a campaign of support for the Assad regime.

Lt. Gen. Charles Brown, commander of U.S. Air Forces Central Command, told reporters by video link from Qatar that areas where U.S. Special Forces troops are deployed had been made known in general terms to the Russians.

“Not specific areas, but certainly broad areas to maintain a level of safety for our forces that are on the ground,” he said.

“The areas we’ve actually identified are areas we do have coalition SOF [special operations forces] in Syria,” Brown said. “So, it’s not specific areas, but fairly broad areas, to maintain a level of safety for our forces that are there on the ground.”

Asked whether the U.S. had offered the Russians anything in exchange, Brown said that the Russians had requested – even before the Special Forces request was made – that the U.S. steer clear of airfields being used by Russia in its Syria campaign.

“Typically, we don’t fly there anyway,” he said. “So, that hasn’t been an issue.”